I don’t intend for this to be a review of a book, but rather a personal response to the idea of a ‘true north’, and how much of how we identify the north and south is subjective, and entirely personal and emotional. I’m also writing this listening to Roxette, The Ballads – why not completely immerse myself in a product of the north?!

For each of us there exists a ‘true north’ – a place which in our minds epitomises the idea of north. It is not the geographical definition – in which ‘true north’ is determined by the magnetic north pole – rather it is an individuals emotional interpretation of what north truly means to them. This is the differentiation that Peter Davidson distinguishes in the Introduction to his book, The Idea of North. 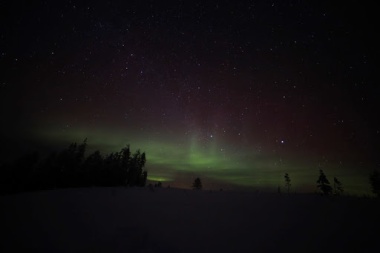 For myself there have been many ‘true norths’. When I lived in Cambridge as a child, north for me was Norfolk – my concept of anything more was limited. When I moved to Sweden, I was living in one interpretation of ‘north’, with icy winters and warm summers, but places such as Kiruna and Luleå, places inhabited by the northern lights, and long days submerged in darkness, came to exemplify a new-found idea of north. In Switzerland, living in Zurich, I lived in the north of a country, it was not so much looking to anywhere else, but was instead a rather insulated view.
Moving to Aberdeen for my undergraduate degree – where Davidson was my dissertation supervisor – I couldn’t imagine living anywhere further north. I knew full well it was technically possible to live north of where I did – my sister for example went to school in Elgin and one of my best friends lived on Shetland. However, Aberdeen came to epitomise for me the idea of isolation, remoteness, far-removed from civilisation; where we all lived in our own little bubble, and to say to anyone from the ‘south’ where you lived, you would get a response of absolute horror and confusion.

When I made the move to York for my MA, ironically I moved to what is commonly seen as ‘the north’, but for me I was moving south. In my mind, I couldn’t be living in a more central place if I tried. I could now get to Leeds, Manchester, Newcastle, the Peak District, Edinburgh and London in less time than it took me to get to Edinburgh from Aberdeen. Yet in York, despite having lived in ‘the north’ for most of my life, I was a southerner. I sounded southern. Despite living abroad and in Scotland for thirteen of my twenty-two years, I still sounded like I came from Cambridge. I realised that this distinction between north and south is such a subjective one!

And now, I study and specialise in the art of the ‘north’. What makes Davidson’s book interesting, is that he doesn’t ignore art – he doesn’t see it as a sideshow, but an intrinsic part of how people have interpreted their own idea of north. When looking at the topography of Scandinavia, he looks not only at the works of the Dane Vilhelm Hammershøi, but also that of the Icelandic artist (Iceland is technically seen as part of Scandinavia) Jóhannes S. Kjarval. The two artists juxtapose each other, most notably in their use of colour and technique. In the works of Hammershøi, there is a flatness to the surface, emphasised in the subdued and relatively monochromatic palette, where warmth is suggested in the richness of certain colours. In the works of Kjarval on the other hand, the colours are varied, from deep blues to soft pinks; the details of foliage emphasised in the various hues of green and the harshness of certain rock formations broken down into squares of brown, purple, white and blue. These two artists, provide us with alternate interpretations of what ‘the true north’ looks like to them. There is no one way, no singular stereotype which can succinctly represent an idea of north.
I have also come to have my own idea of how the north is represented in the art of Scandinavia, Russia, Scotland and Canada – all occupying the same polar sphere. There are synergies between the countries, occupying a similar landscape, with similar nationalist sentiments, and longing to find a way to represent their native land in a way which truly represents their idea of what it is to live in ‘the north’. To discuss this further would require yet another essay, and that is probably better saved for another time, or better yet, for my dissertation. 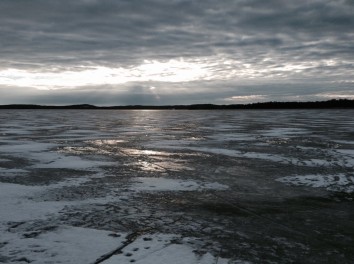 Furthermore there is a great mysticism surrounding the idea of north, with tales and legends, such as are identified by Davidson in the first chapter, and yet what becomes apparent is that, putting geography aside, there is no one way of seeing ‘the north’. Dating back to Ancient Roman times, the concept of the Hyperborean Apollo existed – the northern sun god. The north was a distinct place, separate from the south, worshipping different gods, living different lives; a different people entirely. Yet with this in mind, for those in the north, there must exist an idea of a further north. Therefore, at which point do we stop having an idea of north?
Having been a great supervisor at the University of Aberdeen, Peter Davidson is now a Fellow of Campion Hall, University of Oxford – and I wait with baited breath, for my order of his latest book The Last of the Light – About Twilight to arrive in the post!
P.s. Why do I write so much?! I promise a brief post at some point…